n 2018 Uber spent $3.2 billion on sales & marketing, or 28% of revenue. We don’t know how that spend breaks down by channel, but they sued their mobile display agency for $40m in damages in 2017, so you have to imagine their Facebook budget is some multiple of that. Despite losing $1 billion in Q1 2019 and laying off 1/3rd of their marketing team (400 out of 1,200 people) in July, it’s reasonable to expect them to remain a big player.

For new user acquisition, Uber is betting on Uber Eats + Uber Rewards as a hook: 72% of ads pushed live recently focused on this. Their campaigns aren’t all about acquisition: they make space in their budget for passenger safety, political issues and rider re-engagement too. They are doing a respectable amount of A/B testing, and using a couple of particularly interesting and easy-to-replicate tactics. They go for super high-end video to advertise their Uber Black service. Their use of dynamic ads is either genius or embarrassing; you decide!

Uber seems to be pushing something called Uber Rewards as an angle for new user acquisition: 8 of the 11 ads published recently (August 28th) were of this nature. This is fascinating because I had never heard of rewards, though maybe it’s not available in my area.

Rewards is a complicated topic that usually appeals more to existing users, yet here it clearly tries to explain what Uber is “Uber is a ridesharing app…”. It also links through to the app store with a ‘sign up’ message, which is what makes me think this is a new user acquisition campaign.

Uber Eats seems to be the big draw here. If you can earn rewards from your Uber Eats deliveries, then you can unlock benefits on your Uber taxi rides, that is compelling for the user and locks them into both services. This is something that is hard for Uber’s competitors to replicate: Lyft doesn’t do food delivery and Seamless doesn’t do ride-sharing.

In addition to the Uber Eats connection, Uber Rewards seems to be a way to get better service within the app. Flexible cancellations, priority support and something called ‘Uber Cash’. They are a/b testing multiple variations of these ads, including quite different copy, images and formats, like video or carousel.

Many of the Uber Rewards images are focused on nightlife which makes sense. They seem to have come from a photoshoot specific to Uber Rewards, as they are replicated on the website. This feels more like a strategic management initiative (“Sooo… did you get the memo? You know Rewards is a big push for us, right? Cindy from PR will email you the assets, make sure you run these across everything…”) rather than a campaign optimized for performance.

This whole thing just strikes me as… strange. People who don’t know Uber is a ride-sharing app aren’t likely to know or care much about rewards. Uber Eats is less well known than Uber proper, so that won’t be much of an enticement either. I recommend not mixing messages or introducing advanced loyalty concepts for new user acquisition. Uber is a compelling product: sell Uber. Don’t muddy the waters with the latest executive initiative.

This is a neat tactic anyone can use to add a bit of animation into their Facebook ads. Even small things like this can make your ad feel more premium and professional, and help you stand out from the vast majority of advertisers that don’t bother.

You can imagine there are tonnes of opportunity for A/B testing the copy on the image that slides up. The other interesting thing is that this lets you get around the 20% text rule. The thumbnail of the video doesn’t seem to count against you, so this is a pretty sneaky hack!

One thing I noticed looking at their ads — they had a lot of carousels with just two cards. I didn’t think much of this until I saw it a few more times, and realized it might be a tactic.

By just using two carousels, rather than 3-5, they are delivering a 1-2 punch: draw you in with that initial panel, then hit you with the call to action on the second and final panel.

This is such a smart approach, I’m kind of annoyed I didn’t think of it. We see 5 slots for images and text and think we need to use them all. When in reality you have to know that the vast majority of users see just the first 1.5 panels.

Putting a text-heavy call to action on this panel makes the flow seamless: you see the first image, then naturally scroll across to the call to action. This is an easy tactic to try and replicate, so try it and let me know if it works for you.

This one was kind of funny once I realized what was going on. I still can’t decide if it’s stupid or genius. Hopefully you can help me decide. It came up when I was reviewing their dynamic ads. On first glance this is really cool — they’re dynamically running multiple possible destinations and showing a real use case for the app using Facebook’s Dynamic Creative Ads format.

The Grove sounds like it would be in LA, and the next variation I looked at was Westfield Century City, which I knew was in LA too. This is a pretty cool campaign, because Facebook optimizes these locations dynamically to users based on a prediction model of what was most likely to convert, making this a wildly relevant ad unit. But then things got… a little bit screwy.

Huh… Universal Studios Florida, to people exploring LA? That doesn’t make much sense to me. Maybe this is just some mistake? Nope, it kept getting weirder. San Diego Zoo to riders in Boston, Mission Dolores Park to people in Miami, Denver Museum of Nature and Science to anyone exploring Chicago?

At first I thought this might be a mistake, some issue with their feed or some intern uploaded the wrong locations, or someone just didn’t understand the dynamic creative functionality would generate these combinations. But now I’m wondering: is this actually really smart? Who am I to know what locations people in Boston care about? Maybe in the middle of the winter they dream about going to San Diego Zoo. By putting all destinations in one, Facebook will, in theory, optimize to the combinations that work best.

In practice though, I’m still pretty sure this is a mistake. People are probably more likely to engage with the app if it’s somewhere they know, and I don’t care what Facebook says — I’d be surprised if there are many people in Chicago dreaming of the Denver Museum of Nature and Science. Probably best to stick with somewhere everyone wants a ride to—home.

If I just showed you the worst of Uber’s marketing, now let me show you some of their best. Their Uber Black campaigns feel almost like a different company; a world away from the Uber Eats rewards programs or dynamic ads.

This is a high-end video production showing an elite lifestyle that will be instantly recognizable to the right demographic. The people feel like Uber Black customers and the cars look stunning. They’re all working or busy: these are important people, and you are too if you use Uber Black. Look, the driver is  getting your bags for you while you gaze off at the upperclass city neighborhood you call home...

They’re experimenting with more artistic long videos that work well on mobile. The different scenes cycle through fast so you get the full impact of the ad in 6-15 seconds. The people look good. The scenarios look real. The driver looks professional and friendly. The over the top of the car shot is particularly flashy. These ads were made by people who know what they were doing.

Lesson learned: if you’re selling a luxury service, you better make your ads look luxury too. I’m not sure how much Uber paid to make these ads, but I imagine it was several times the typical annual budget of the average Facebook advertiser.

Well this is nice section. Uber is a friendly company now. Since they kicked out Travis Kalanick the aggressive Founder that grew Uber to a multi-billion dollar company, and replaced him with super nice (and extremely accomplished) Dara Khosrowshahi, they have been trying to repair their image.

Rider safety is indeed a noble cause, and Uber can be argued to be many times safer than the alternatives. You can see the driver’s reviews, photos and license plate, and in any event getting drunk drivers off the road is an enormous societal benefit. It’s just a shame a lot of these issues are largely self-serving.

I mean, whatever you believe about whether Uber’s drivers should be classed as full time employees, running ads to lobby against legislation… it’s kind of hard to do that without sounding like the bad guy. Surely, their drivers and riders would mobilize as a grassroots effort if this legislation was really this devastating?

I haven’t heard of a single other company that had to put their Chief Legal Officer in an ad. I mean, I didn’t even know CLO was a title until I saw this ad. I’m not sure what promoting this post accomplishes, other than making me think “huh, Uber must be really screwing over their drivers if they need to run ads with their lawyers in them”.

There would be no Uber without Kalanick… yet he really does seem like an asshole, who left a lot of mess to clean up. I can’t fault Uber too much here— they do seem to be trying, it’s not easy to change a culture overnight. Hey at least they got the LGBTQIA+ thing right! 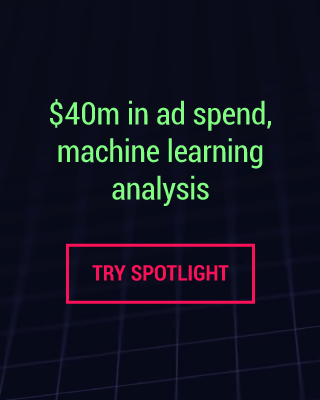